Why I attend the Mass of all time ( another in a series of reasons) . 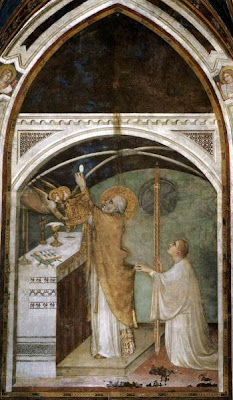 From a friend's excellent blog:

Bishop Edward Slattery of Tulsa, Oklahoma, has returned to the practice of celebrating Mass ad orientem in his cathedral.

Bishop Slattery explained in his diocesan newspaper about Mass celebrated with the priest facing the people:

Unfortunately this change had a number of unforeseen and largely negative effects. First of all, it was a serious rupture with the Church’s ancient tradition. Secondly, it can give the appearance that the priest and the people were engaged in a conversation about God, rather than the worship of God. Thirdly, it places an inordinate importance on the personality of the celebrant by placing him on a kind of liturgical stage.

The modern business of the turning the priest around to face the people has taken the focus off God and put it on the people. There's six days in every week to do that if you're so inclined; leave Sunday for focusing on our Heavenly Father.

Thanks to Sean Romer for posting this.

And here are a few words of my own: God must come first. The Mass is, firstly, for Him, not for us. It is the one way in which we can give Him the only offering truly worthy of God--that is, Himself. We are privileged to be witnesses at the re-presentation of the Sacrifice of Our Lord. It's not about us; it's about Him.

Posted by Kindred Spirit at 1:44 PM 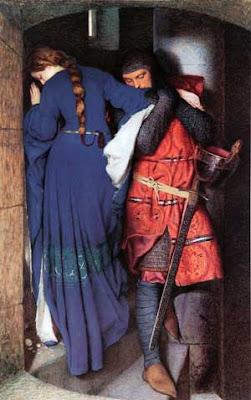 "Then must you strive to be worthy of her love. Be brave and pure, fearless to the strong and humble to the weak; and so, whether this love prosper or no, you will have fitted yourself to be honored by a maiden's love, which is, in sooth, the highest guerdon which a true knight can hope for."

Posted by Kindred Spirit at 7:33 AM