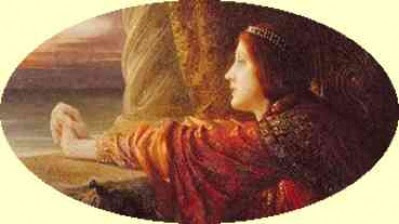 I missed him when the sun began to bend;

I found him not when I had lost his rim;

With many tears I went in search of him,

And gave me echoes when I called my friend;

Through cities vast and charnel-houses grim,

And high cathedrals where the light was dim,

Through books and arts and works without an end,

But found him not--the friend whom I had lost.

And yet I found him--as I found the lark,

A sound in fields I heard but could not mark;

I found him nearest when I missed him most;

I found him in my heart, a life in frost,

A light I knew not till my soul was dark.

--George MacDonald
Posted by Kindred Spirit at 5:37 AM 4 comments